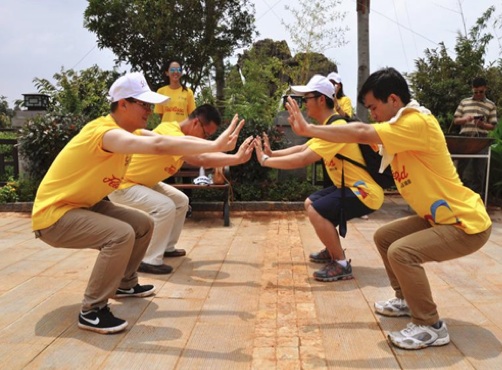 The first programme is called the ‘100 day challenge’, and it allows any person to participate so long as they commit to completing 100 days of physical activity of their own choice. Although participants can choose the activity and the level of difficulty, one key to the challenge is that everyone else gets to see what you are doing. ISF has provided a smartphone app called WeChat which connects people and shows their daily activities. Dr Zhenyu Guo, Chairman of ISF, has found that since participating in the 100 days challenge, exercise has improved his self-care in a number of respects. “I don’t feel so alone when I can see that others are doing the same, and I know that they are watching what I’m doing too”, he said.

The second programme is called “2014 International Love-to-Run” and was launched in the abovementioned cities on July 24. As in previous years ISF China supports city authorities in their programmes to encourage healthy behaviours in their citizens. The WeChat app is again being used for this, helping empower communities to be healthier and raising self-care awareness.

The 100 day challenge comes to an end on 31st October 2014 at an International Healthy Cities meeting to be held in Shanghai where Dr Guo, Dr David Webber (ISF President), city mayors from China and internationally, and a Chinese Olympic Champion will hand out Health Awards to outstanding participants.

The support of sponsors including Swanson and the Beijing Nutritionists Association is gratefully acknowledged.